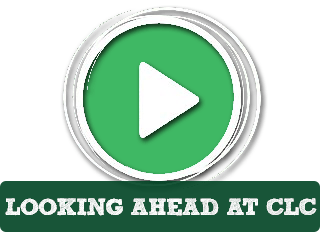 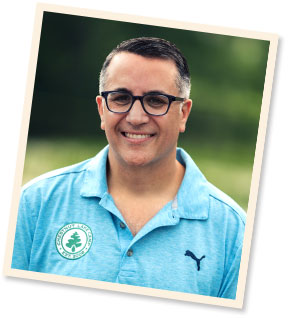 Aaron and Ann arrived at Chestnut Lake with more than 45 years of shared professional experience leading camps and are thrilled to be growing deep roots in Beach Lake, PA.

Aaron, Ann, and their daughter, Lily, have spent almost every summer of their lives at camp. They began as campers when they were young children, and Lily learned to walk on the gravel paths of the summer camp that the Selkows ran together just 50 miles from CLC. They believe in the power of camp for children, and are also committed to its impact for families, staff, and alumni. 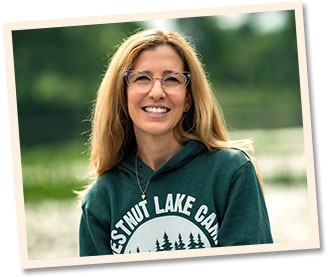 Aaron and Ann grew up two miles apart in Philadelphia, but didn't meet until 1994. After they started out as educators, they eventually drifted together into running camps and have been doing that for more than 25 years. The Selkows were both athletes (Aaron continued to play soccer in college) and have coached countless seasons of basketball, lacrosse, soccer, and other sports over the years. They've never coached Lily, however, who is a better athlete than both of them!

Aaron was a Connecticut College Camel and has led both Pinemere Camp and Camp Harlam through periods of growth and great success. Ann was a Penn State Nittany Lion and earned her Master's degree in Education from St. Joseph's University before eventually joining the leadership team at Pinemere Camp for 20 years.

The Selkows believe that the spirit of Chestnut Lake – dedicated to "Bringing Out the Best in Me!" – can inspire and affect us well beyond the boundaries of CLC's idyllic campus in the Pocono Mountains of Pennsylvania.

Learn More About Aaron and Ann 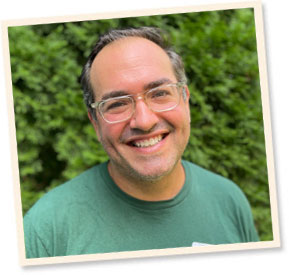 Sam and his family are beyond excited to join the Chestnut Lake Camp community, following the 2021 season when Sam was able to be on-site for more than five weeks of the summer serving in a variety of roles. Sam's position will allow him to apply his extraordinary passion and spirit for camp and extensive camp experience to focus on the development of remarkable staff members and the overall quality of our campers' summer. Sam and Aaron last worked together as leaders of Camp Harlam in the Poconos.

As a product of camp himself, Sam has committed his career to work with camps across North America. Having spent over 20 years in leadership positions from Assistant Director to Camp Director (and most recently as the National Field Director of Camp America, the largest international summer camp staffing agency in the world), Sam understands both the magic and science of summer camp. Sam's greatest professional joy is leading camp staff towards delivering the best experience possible for their campers.

Sam's passion for camp has lead to his involvement as a member of both SCOPE's Board of Directors and the National Council of Leaders for the American Camp Association.

Sam holds a BA in Developmental Psychology from the University of California/Davis as well as an MBA from AJU in Los Angeles. Sam and his wife, Kim, reside in the Greater Washington, DC area with their three children, Adin, Noa, and Yael. 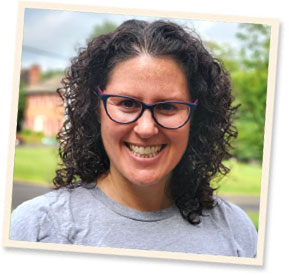 Amanda was thrilled to join our year-round Chestnut Lake team in January 2021 and has more than thirty years of experience working with teens and young adults. Amanda and Aaron had the opportunity to work together for years prior to their arrival at Chestnut Lake, and after her first summer at CLC in 2021, Amanda is incredibly excited to lead our campers and staff into the 2022 season.

Amanda's passion for and commitment to young people emanated from her youth group and camp experiences. Amanda believes that camp empowers individuals to grow and self-advocate while becoming independent in a safe, secure, and inclusive community. She is a genuine product of the magic of camp and has witnessed how it can enable people of any age to enjoy the freedom of being themselves while creating lifelong memories and friendships.

Amanda graduated from the Corcoran College of Art and Design with a BFA in Fine Arts and remains active in her local art community. In 2001, Amanda married Ben Wachstein (whom she met at camp) and they reside in Lancaster, PA with their daughter Mila and black lab, Rory. 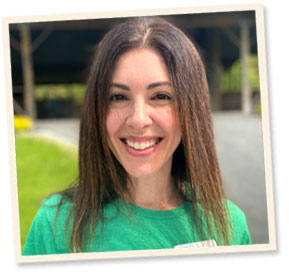 Judith is thrilled to be joining the Chestnut Lake family. She spent the last five summers as the Development Director at Camp Harlam (where she worked alongside Aaron for the first few years of her tenure) and has amazing memories of her summers spent as both a camper and counselor at overnight camp.

Judith is passionate about the incredible impact overnight camp has on a child's character development, positive life outlook, sense of independence, and lifelong friendships. She is excited to develop relationships with prospective and new camp families, to help them along their journey towards a successful and meaningful overnight camp experience.

Judith grew up outside of Philadelphia, graduated from Penn State University with an undergraduate degree in Human Development and Family Studies, and earned her Master's in Social Work at the University of Pennsylvania.

Judith lives in Bala Cynwyd, PA with her husband, Oren, and three children, BB, Micah, and Maya. Micah and Maya enjoyed their first of many summers at CLC in 2021. In her free time, she enjoys spending time with family and friends, making and eating s'mores, bike riding, hiking, and paddleboarding. 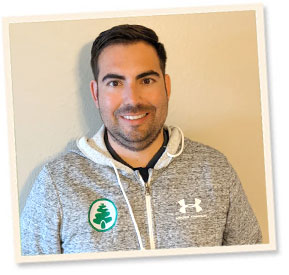 Alex has been a part of the Chestnut Lake Camp family since our inaugural summer in 2008. Through the years, Alex has served as our Basketball Director, Athletic Director, and most recently, in a versatile role helping to oversee tournaments, transportation, and a number of other responsibilities. Alex was raised in West Chester, OH, where he attended sports camps during his summers. Chestnut Lake was his first experience at a traditional summer camp and it has helped shape him as a professional and a person.

Alex met his fiancee, Rachel, while working together at Chestnut Lake Camp and they currently reside in Champaign, IL. Alex has been a high school social studies teacher since 2010, currently working in Paxton, IL. He graduated with a degree in Secondary Education Social Studies from the University of Cincinnati, and earned his Master's degree in Education in Instructional Technology from East Carolina University. In Alex's newest role, he supports and helps to lead critical operational areas such as food transportation, and others. His favorite part of camp is a cookout dinner on the slope, and he looks forward to seeing everyone return to CLC in 2022. 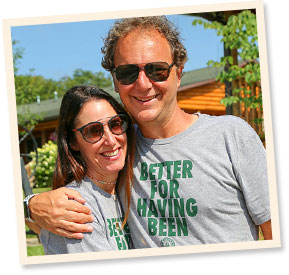 In 2007, Rona and Marc had the vision to create a camp that would have its foundation in the principles and traditions of Trail's End Camp, but provide families with the flexibility of both a full 7-week season and a shorter session. This vision became a reality in 2008 with the purchase of Chestnut Lake Camp's 150-acre property and the selection of Paul and Debbi Schorey as its founding directors.

In its first 13 years, CLC has grown from welcoming its very first camper ever - Josh Davies in 2008 - to welcoming over 400 campers. Year after year, the leadership of CLC has continued to benefit from the guidance and support of their friends at Trail's End. Rona and Marc are respected as extraordinary camp professionals, and the teams at Trail's End and Chestnut Lake share a commitment to creating the ultimate family atmosphere, where every camper is valued as an individual, encouraged to try new things and has the opportunity to create their own unique summer experience. Our mission is to provide our campers with an environment where they feel comfortable and confident in who they are as a person.

Watch Our Videos at CLC Live